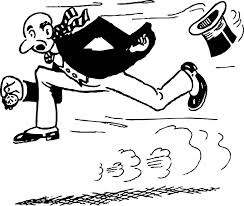 Posted by robertworstell at 9:58 AM No comments:

Get Rich In Spite of Yourself - A Collection 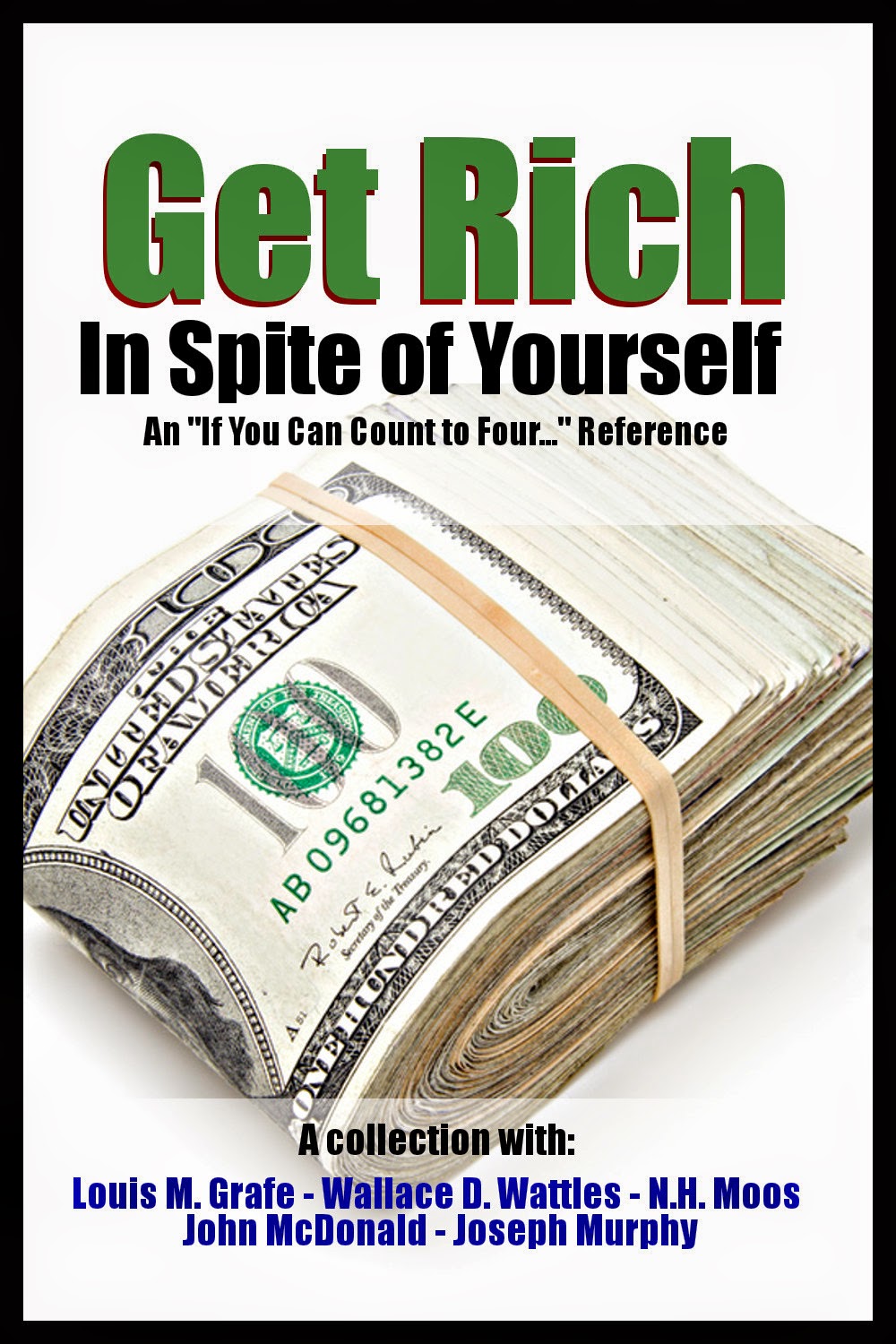 Imagine having everything you've ever wanted.

All the wealth, fine clothes, nice house, good food - everything you've ever thought of having.

And your job or place in life is exactly as you ever dreamed of - you are being just what you always wanted to be.

The way you can get this can be as simple as considering any problem you want to solve just before sleeping and then waking with the solution in mind. Yes, that simply.

James Breckenridge Jones solved the problem of making millionaires by studying the books in this collection, along with Napoleon Hill, Robert Collier, Thomas Troward and others. He boiled these down into a simple "Count to Four Formula" and wrote it down into a bestselling books which went into five editions and multiple printings.

This is a collection of references for anyone studying his classic millionaire-making handbook, “If You Can Count to Four...”

It is presented so that this wisdom doesn't again wall into the way of the famous "dusty tomes" which make the riches of the world available to any who read and apply what they contain -- if they can be discovered again.

This book, as well as "If You Can Count to Four..." can take you in that direction and give you anything you've ever wanted.

But you have to read and apply.

Get Your Copy Today!

This book was compiled from several public domain books -

Posted by robertworstell at 9:53 PM No comments:

Get Rich In Spite of Yourself - Louis M. Grafe's Classic

New Release: Louis M. Grafe's "Get Rich In Spite of Yourself" 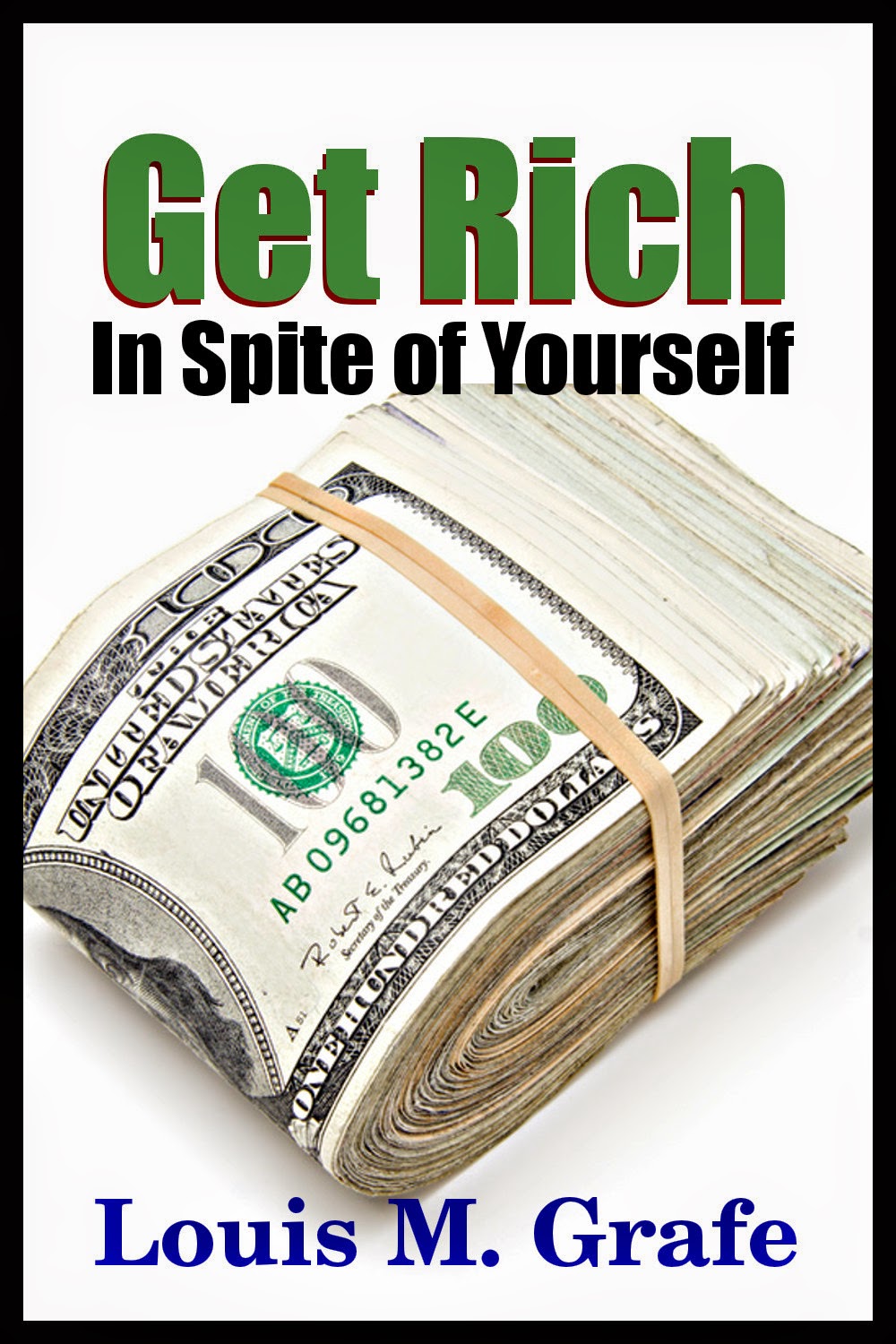 "Many rich and successful men and women," declares the author of this helpful book, "have no more brains or energy than anyone else. They are usually driven to success.

Frequently they are so helpless they can't stop moving ahead even when they want to. Their money is made in spite of themselves!"

Louis M. Grafe, who made his own fortune, lost it, and then went on to earn another fortune, presents an astonishingly simple formula for wealth and success. He has tested it in his own experience and has found that it has brought wealth not only to him but to many other people.

Based on fundamental principles which you can find in your own copy of the Bible, this book demonstrates the existence and practical application of the Law of Success— the law which everyone who has ever made money or reached the top in their work has used, consciously or unconsciously.

The formula can be followed by anyone, rich or poor, in almost any job or business, in any honest trade or profession. And it is so simple that you can learn all you need to know about it in three hours. Marry readers wonder, after reading this book, why they did not discover the formula for themselves, it is so amazingly right, so plainly practical and workable.

GET RICH IN SPITE OF YOURSELF is one of the great inspirational books of our time. Read it now and you will find that you have never spent a more profitable three hours.

As no record been found of this copyright being renewed, the book has reverted to the public domain.

Posted by robertworstell at 7:56 PM No comments: